Although not actually from Joseph Pilates, these principles form the base of the movement. No matter what school or training, one thing stays the same. The Principles.

Developed by the students of Joseph Pilates, these are the 6 principles: 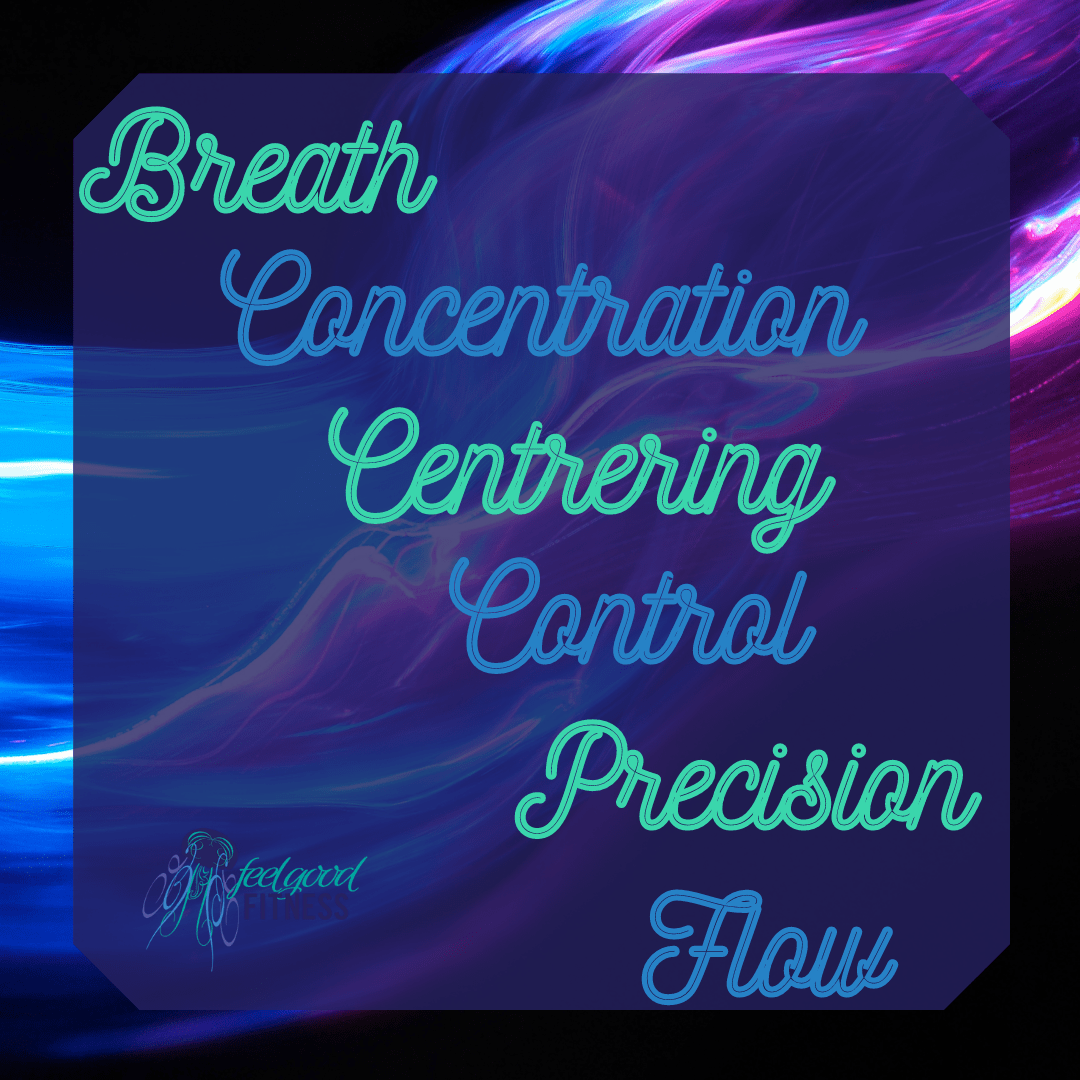 Joseph was ahead of his time with his belief in the breath being primary to physical health. He believed in teaching the breath a certain way to get the most of a movement.  One of his most famous quotes is: “Breathing is the first act of life, and the last… above all, learn how to breathe correctly.”

In modern age we know that not only good breathing patterns can help with posture, back pain, mental and physical health. There are many ‘ways’ to breathe, but we know that one that utilises the diaphragm is often best. Breath can also be used to stretch and lengthen muscles, release tension in massage and engage deep core muscles more effectively.

Breathing is truly amazing and Jo knew this.

Pilates wanted his students to fully immerse themselves in their routine, to really reap the benefits of Pilates. He believed you need to really intensely focus on the movements you were doing to learn them.

Pilates is indeed like no other exercise form. You need to be present to be able to really ‘do’ Pilates. This is definitely one of the benefits too. Being present means to leave everything else at the door, to become in tune and one with your body.

Potentially coming from the term “powerhouse”, which was the centre of your body from bottom of the shoulders to the hips and around.

We now refer to this as the centre or core. More specifically the deep layer of the muscles: pelvic floor, deep (transverse) abdominals, respiratory diaphragm and deep (multifidi) spinal muscles.

In Jo’s time, activation of these muscles involved sucking in, holding and bracing. We now know that sometimes a much more subtle approach is needed to recruit these muscles, particularly when working with rehabilitation or post natal/surgery clientele.

Joseph Pilates actually called his method Contrology; it was only after his death that it became Pilates. He believed that control was key to getting the best from the movements. The apparatus was where this principle was really put to the test. Without control, the springs and pulleys bang, crash and jump. They should be smooth and controlled at all times. This then translates to the mat.

Joseph once said:, “Pilates is about stretch, strength and control. And control is most important because it uses your mind”.

Unique to Pilates is the requirement to move in a precise way. This precision can be a great aid in movement re-education and patterning. By learning the very basics of a movement perfectly, we can then build on these to more complex and demanding ones.

Your brain has to be wired to execute these patterns unconsciously – this takes time and repetition. They form the base of all movements thereafter, Take single leg stretch – it actually translates to walking, cycling, stepping and squatting.

Joseph eventually wanted the movements to be performed like one continuous dance, flowing from one to the other, with grace and ease.

However, learning to control even transitioning from one movement to the next, enables our bodies to keep that flow and precision.

Why not come along to one of our Pilates classes at Feelgood Fitness? We work to create classes that are inclusive and fun but have the highest of standards and control to really help you get the most from them. Click here to see what we do.